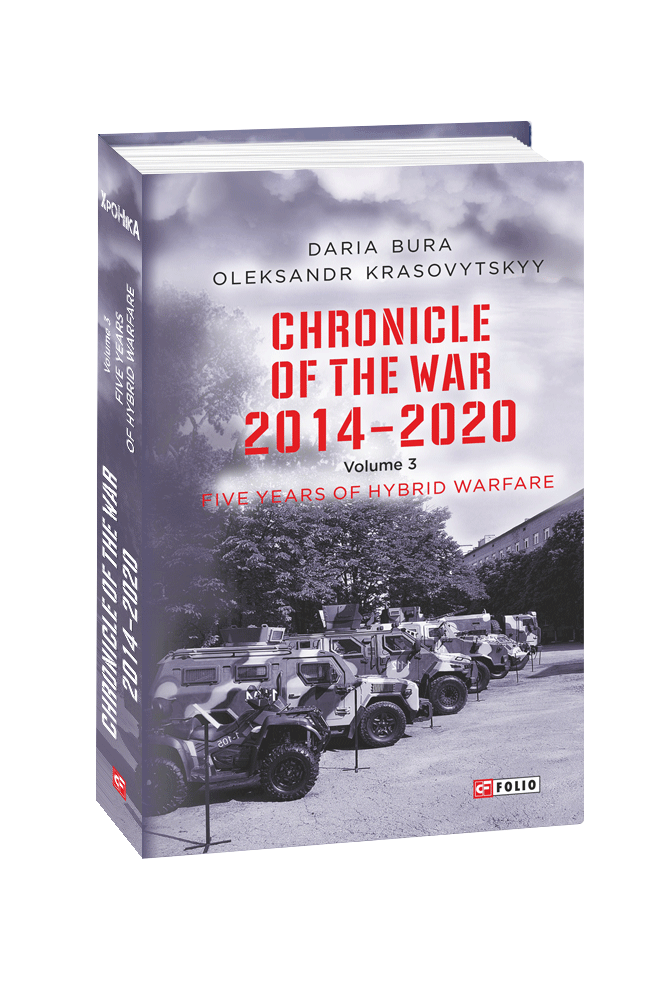 ”Chronicle of the War” is a documentary study, a memorial record of the events of 2014—2020 in Ukraine — from the final stage of the Maidan to the present day. The purpose of writing the book was to rethink recent history, to recall the chronology of events that led to the annexation of Crimea by the Russian Federation and the beginning of the hybrid armed military aggression of the Russian Federation in Donbas. The authors reviewed and chronologically organized thousands of issues of day after day news and reports from the official sources. The dry information lines of the reports are illustrated by the testimonies of the direct participants in the events, which are quoted from the chronicle books published earlier by the Folio Publishing House. Memoirs about the fallen Ukrainian soldiers who defended our land in the first days, weeks, months and years of the Russian-Ukrainian war, as well as about the newest heroes who paid the highest price for the peace and well-being of Ukrainians are attached.

This book is about reminding the world community that the Russian-Ukrainian war continues, and we must not forget those who are actually defending Europe’s prosperity with weapons in hand.