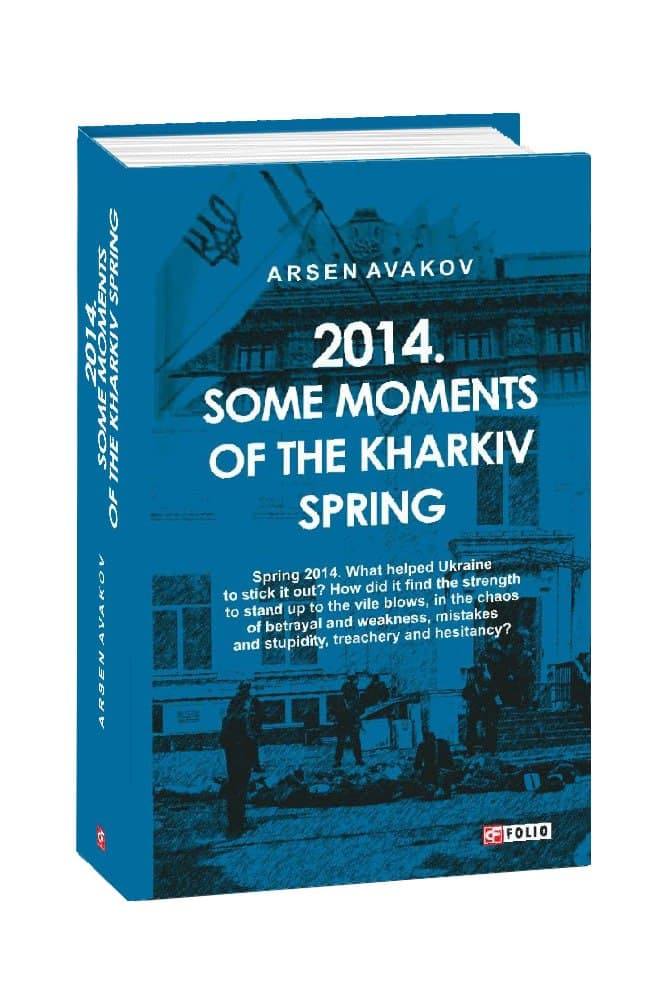 There was one night in the troubled spring of the dramatic year 2014 that saved Kharkiv from the tragic fate of Donetsk, Luhansk, and many Donbas towns and villages, which endure now the seventh year of devastation by hands of separatists and Russian mercenaries.

It was the first victory in the dirty undeclared war which was waged against Ukraine by the criminal Putin regime.

How did we manage to defend Kharkiv? Why did we not succeed in Donetsk and Luhansk? What factors decided the fate of the city and its population? This book tells about these things. It contains a lot of direct speech, live emotions, and facts.

Arsen Avakov tells about the developments of the night 7 to 8 of April 2014 in Kharkiv when he directed the operation to free the Kharkiv Oblast State Administration (KhOSA) building, captured by the separatists.

In this book, his co-authors are Kharkiv residents who are telling their personal stories, as that experience was lived and felt by each of them.

Such polyphony allows the reader to see in whole the dramatic picture of events of the troubled spring of 2014 in Kharkiv, which were filled with genuine emotions. Developments in Kharkiv are described in the context of the country's situation, with direct links to news feeds of those days and months that give the reader the background of one of the most challenging periods in Ukraine's history.

For the first time, the book publishes documents obtained by the Ministry of Internal Affairs during the investigation of criminal cases against the leaders of the so-called "DPR/LPR", separatist field commanders, and the Russian military.

The distinctive feature of this book is that the reader can listen to the audio recording of the separatists' conversations using included QR codes. The book comprises undeniable and shocking evidence of criminal plans to capture Kharkiv and other large cities, to kill people, and to ruin Ukraine. The author received special permission from the investigation authorities to publish these documents.

This book is a living history of events: chronicles, facts, documents, direct speech. It also includes an analysis and synthesis, the author’s philosophical reflections on developments in Kharkiv and the whole country, the future, Ukraine's fate, and its people.